The Decline Before Our Eyes

The writing of this article was inspired by an article published in The Atlantic, written by Thomas Chatterton Williams, entitled Do Americans Understand How Badly They’re Doing? in which Williams, an American citizen residing in France, compares the French and international response to the Coronavirus Pandemic with that of the American’s – arguing that the obvious shortcomings belie a wider issue beyond just the pandemic; the decline of the American hegemony under the leadership of Donald Trump. In this article, I will be reviewing William’s article and drawing on other evidence to understand the extent to which we may be witnessing the end of a global superpower before our eyes.

American Hegemony is Crumbling Before our Eyes

Following the German surrender and signing of the Treaty of Versailles, marking the end of the First World War, the British Empire became the largest the world had ever seen. In 1920, one-quarter of the world’s map was coloured pink (describing a British territory). However, just 36 years later, by 1956, the British Empire was all but gone, with Britain itself shrinking to second-class status amongst world powers, where it would remain to this day. There are many reasons for the decline of the British Empire, and Britain’s power on the world stage; world wars, political shift, the rise of America who demanded an end to imperialism and independence movements within many of the colonies to name a few. Although, by 1920, no one would have foreseen that within a generation’s time, the world’s largest and most formidable empire would collapse into dust.

“This is the way the world ends, not with a bang but a whimper” – T. S. Elliot 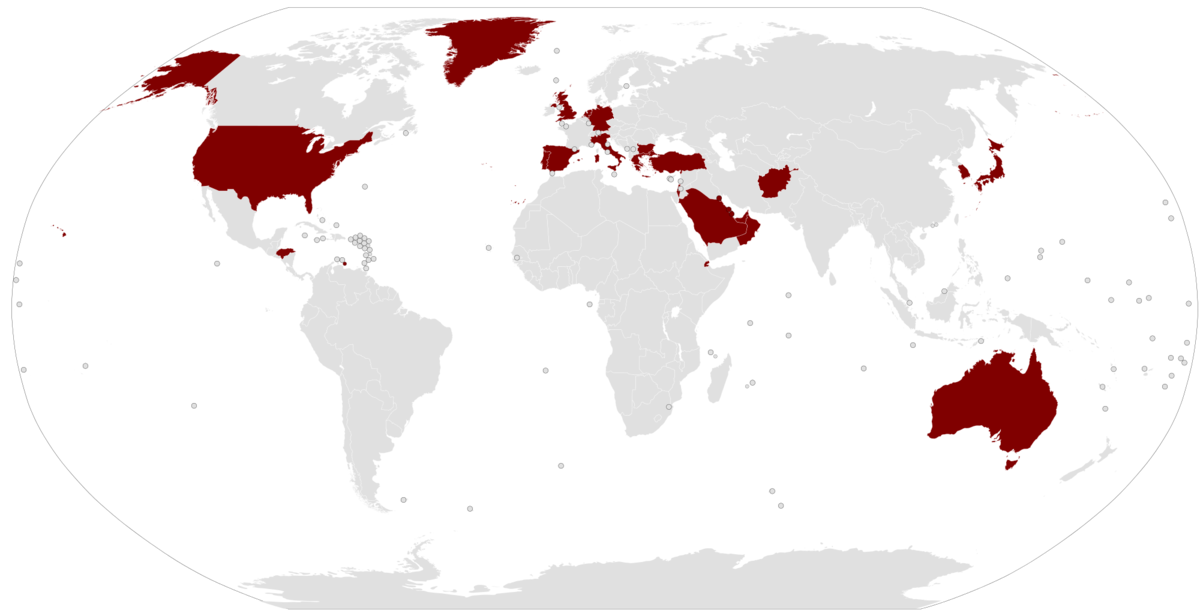 The point I am trying to demonstrate is that seemingly entrenched global powers can go from world leader to second fiddle within a short number of years. In 1989, the Berlin Wall fell, which all but crippled the power of the Soviet Union, itself a global power, which then crumbled two years later in 1991. Indeed, we may look at the year 1991 as the U.S.’s version of 1920 for the British Empire; the moment in which the dust had settled following the war, and the newly victorious world hegemon can step forth and fashion a world in its own image.

It is never that simple though, just like Britain faced crisis after crisis following the First World War, so too with the U.S. following the end of the Cold War. The first of these was the Yugoslav Wars, 1992-1995. Then came the 9/11 Terror Attacks and the ensuing War on Terror, which dragged the U.S. into an unwinnable conflict that has them bogged down in the Middle East to this day. In 2008, the Global Financial Crash caused a deep recession, from which the scars are still evident, and finally, in 2020, the Coronavirus Pandemic has brought the U.S.’s global hegemony into question. With a series of crises and progressively worse responses, history signals trouble on the horizon for the U.S.

The election of Donald Trump to the office of President of the United States shocked many around the world. As you may remember, Hillary Clinton was predicted to win the Presidency right up until the polls closed. I am not a gambler, but I remember looking at the betting odds for the election on the night of the election, which still had Clinton as a comfortable favourite. We know that she and her campaign snatched defeat from the jaws of victory, but we also know that there was a lot of trepidation from the wider world in those following few months. We saw the end of the Obama era, a man for whom in spite of his politics, was a charismatic and accessible President, who despite his rampant extension of the drone bombing program overseas, projected a cool and collected image of America to the rest of the world.

We then saw the beginning of the Trump era, which has become characterised by three things:

· A rampant and unrelenting culture war becoming the substitute for healthy political discourse.

· The limits of executive restrictions and democratic accountability being continually tested.

On the first of those three points, we can understand the manner with which the White House has categorically failed to do its job throughout the Coronavirus pandemic. The President is on record as repeatedly denying science, claiming to know better, stating that the virus will go away on its own, that it’s all a Democratic hoax, that it isn’t anything to worry about. It is difficult to overstate how much of a colossal failure Trump’s Presidency has been when viewed through the lens of the Coronavirus Pandemic response. A once in a generation catastrophe, in which, at the time of writing, the number of U.S. citizens dead as a result of COVID-19 (131,504) has surpassed that of the Korean War, the Vietnam War, the Gulf War, the Iraq War and the War in Afghanistan combined (101,732). President Trump has attempted to continually reassure voters that, because they are doing more testing than anywhere else, they are seeing more cases. I wonder what sort of spin he is using the deflect from the death toll. 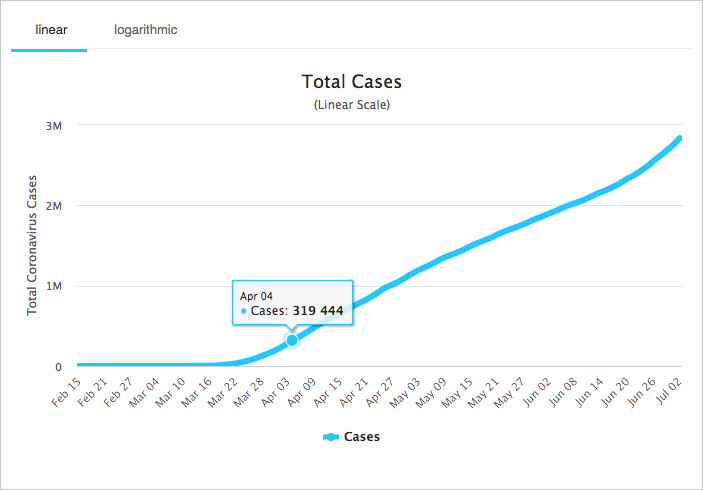 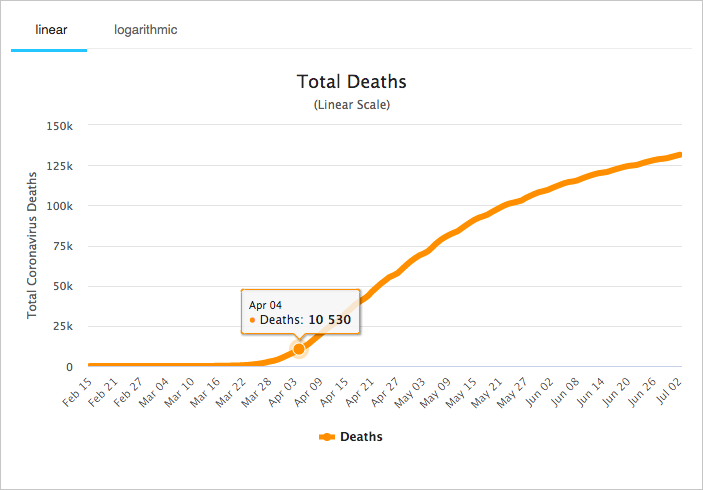 It appears as though the lies, the spin and the disinformation can only carry you so far. Trump now has to go onto the road and do something he did not have to do in 2016, he has to offer real solutions. He will not be able to get by offering feelings of security from the Mexican “rapists and thieves” anymore – that is not a political priority now. As I alluded to in this article, he has to offer real solutions to real problems. He has seldom managed to do so to date, so he’s got to pull the rabbit out of the hat now or face the ignominy of being a one-term President.

Looking at the Williams article, he makes note of another issue arising from the coded Trumpian messaging going on in the U.S. today; the politicisation of masks. He remarks that he saw a story of a young girl going to the supermarket in Nashville, only to be called a “liberal pussy” for wearing a mask. We know where this messaging is coming from, it is clear. It’s clearly set up to form conservative vs. liberal dichotomy, in which the conservatives (i.e. Trump fans who have co-opted the term), know that COVID-19 is a hoax and that wearing a mask is communism, versus the liberals, who are believing the “fake news media” and are too scared to face the “truth”. This messaging is both divisive and fundamentally Trumpian. It seeks to divide those who are with him from those who are against him through formal identification – that identification, this time, being the choice to believe in the realities of the Coronavirus pandemic over his own story, in which he's always cast as the saviour.

The only drawback to dividing people on the basis of a very real disease is that when you put your supporters on the side of “the disease is fake”, your supporters are going to become ill (see Herman Cain). But that sums up the Trump Presidency, divide, divide, divide. He is a man incapable of acting in good faith, a President incapable of uniting the nation behind him, so he seeks to divide and conquer. Look at his handling of every major crisis, there is always a demon in the room, and he’s always the first to point out that it isn’t him.

The Williams article finishes in perhaps the most succinct and precise evaluation of the Trump era in the United States. A summary of the international perception of Trump’s American decline:

"If the country sparked fear and intense resentment under George W. Bush and mild resentment mixed with vicarious pride under Barack Obama, what it provokes under Trump has been something entirely new: pity and indifference. We are the pariah state now, but do we even see it?"

Of the whole coda, the sentence “We are the pariah state now, but do we even see it?” is especially evocative. Americans are renowned for their insularity – their assumption that the world dances to the American drum, but they’ve become so wrapped up banging their own drum, that they’ve failed to notice the world stopped dancing. Now, Europe and America’s traditional allies are no longer able to rely on the U.S. for stable, consistent support. The United States' response to COVID-19 has been akin to that of the autocratic regimes of Brazil and Russia in the eyes of Europe, notes Williams. When will Americans understand that their hegemony is waning under Trump?

The Political Compass, an autopsy