Newcastle United & Saudi Arabia: Another Chapter in the Sportswashing Story

These past two weeks have seen the emergence of the only major footballing story of the Coronavirus Pandemic: the potential Saudi Arabian takeover of Newcastle United. Here I’ll be looking into what it means for those fans living up on Tyneside, the sportswashing implications and the wider impact it could have on the game.

Edit (2/8/2020): The Saudi-backed deal to take over Newcastle United has fallen through.

The incoming takeover by the Public Investment Fund of Saudi Arabia, a state-run investment consortium, signals a seismic shift in the direction of Newcastle United. As I’ve pointed out in other articles on TPIN, when states with dubious human rights records pump billions into sports, it isn’t usually because their head of state's life-long ambition has always been to own a football club in the north-east of England; it’s usually because they're interested in improving their state’s image through sporting success (i.e. sportswashing). This takeover is yet another sad chapter in the geopoliticization of elite-level sports, and it will only serve to harm the game’s reputation in the long-run.

For years now, the incumbent Newcastle United Chairman Mike Ashley has been a rather maligned figure. As the owner of Newcastle, he has faced overwhelming criticism from the club’s famously passionate supporters for failing to invest in the club. Indeed, the fans have plenty of good reason for their annoyance at Ashley, given that since his takeover in 2007, the club has been relegated twice.

Given the fact that Newcastle is one of England’s biggest clubs in terms of stadium, support base and history, the club’s main goal under Ashley being to simply ‘survive’ in the Premier League each season was not enough.

What’s more, Ashley’s poor reputation goes well beyond the confines of football. Making his money as the proprietor of the Sports Direct sportswear chain, his business practises have become so infamous that his name is often mentioned in Parliamentary debates on worker’s rights legislation, so poor is his firm’s conduct towards its workers. Mike Ashley’s model of ownership is fundamentally built to thrive in the neoliberal world, and in a town like Newcastle, which despite the collapse of the ‘red wall’ in the last election, still stands as a Labour city, his practices are not received well by locals and onlookers alike.

Only two-years after Ashley’s takeover, in which he lauded himself as a power-drinking, Geordie-loving, fireplace-vomiting, man-of-the-people, was he being run out of town by the locals for his abject ownership. Ever since, the Tyneside faithful have booed him, jeered him, held signs calling for his departure and so forth. Ashley was an ethically bankrupt owner whose willingness to exploit was only surpassed by his tight-fisted nature. There wasn’t a long list of people more morally repugnant than Ashley.

Mike Ashley Turning his Back on Newcastle

…but by god, they found one!

The new owners, effectively the State of Saudi Arabia, make Ashley look like a harmless teddy bear. Whereas Ashley customarily employs workers on exploitative zero-hours contracts, the mere fact that he pays them leaves him morally superior to the potential Saudi owners. The Saudi regime routinely beheads prisoners, without so much as a fair trial. What’s more, this is the very same regime that signed off on the assassination and dismemberment of Jamal Khashoggi in Turkey’s Saudi Consulate in 2018.

Let us not for one minute forget, that despite the Anglosphere’s toleration of the Saudi regime, they are by no means our kind, benevolent friend.

It is no surprise, in fact, that following the negative press covering the Saudi regime after their assassination of Khashoggi, not to mention to their brutal and ongoing bombing of Yemen, that their soft power has taken quite the hit. No wonder then is it, that the regime has decided to reach out to the beautiful game to cleanse its ugly reputation.

The act of sportswashing is to purify the image of a dictatorial or otherwise morally bankrupt establishment through positive association with the popular sport. The leading architects behind the Twenty-First Century phenomenon of sportswashing are the Manchester City owners, the Abu Dhabi United Group, and the Paris Saint-Germain owners, the Qatar Investment Authority – two multi-billion-dollar, sovereign wealth funds, belonging to two of the world’s most oil-rich and oppressive nations.

However, the act of sportswashing has evolved beyond simply investing in clubs, who buy good players to win games. It has been found to be far more effective to not just win lots of trophies and play nice football, but to invest in the local area. The City Football Group, a subsidiary of the Abu Dhabi United Group, have begun massive regeneration of the area adjacent to Manchester City’s stadium complex.

Over the next decade, the City Football Group are planning to build entertainment venues to rival the best in the world, as well as investing in housing developments to gentrify the area.

In a vacuum, this seems perfectly acceptable. What’s wrong with a bit of foreign investment? It’s going to help the economy.

Doubtless as I am that it will help the local economy, these investments come with strings attached. Indeed, those strings are attached to the hearts of the Manchester residents, whose house prices will surely soar over the coming years, who’ll have the Abu Dhabi regime to thank for their newfound wealth. However, they’ll begin to phase out the beheadings, the sentencing without trial and the barbaric treatment of homosexuals that the UAE endorses. That becomes normalised.

How this relates to Newcastle United is simple; we’ve seen it all before. In actuality, the liquidity of the Public Investment Fund of Saudi Arabia far surpasses that of both Abu Dhabi and Qatar’s sovereign wealth funds. Newcastle could build the greatest team the world has ever seen within a year – no questions asked.

Loud & Passionate: The Newcastle Supporters Are Some of the Best England Has to Offer

How does this affect the locals?

The Newcastle locals will be overjoyed. Finally, they’ll have an owner who cares for the club; who invests into the club. They can finally get back to singing for their beloved magpies again. Over time, the regime will become normalised. The oppressive treatment of Shi’ites in Saudi Arabia will be rabidly defended by Newcastle fans, who are now fiercely loyal to their new footballing saviours. They will begin to lose sight of genuine morality in favour of their new hand-me-down ideology. The sportswashing will, in the long run, work.

Is the football market now oversaturated by ‘sportswashers’?

The one positive that could come out of this imminent takeover is that perhaps elite-level sports, certainly football, will have become oversaturated for sportswashing now. At least, the form of sportswashing we identify as the most prominent. There are many types of sportswashing, which I do briefly describe in my previous article. Just for clarity, there is the ownership model, which we’re seeing with Newcastle, Manchester City and PSG. Then, there is the advertising model, which we see more with companies like Gazprom, Fly Emirates and Etihad (the latter of whom are also linked to the City Football Group). However, staying with the former, we may see that, with Newcastle, Manchester City, PSG, as well as the traditional giants of the European game like Barcelona, Real Madrid and Bayern München, that it is not viable to expect to win major trophies every year, and thus, the soft power rewards do not justify the astronomical investment.

Upsetting the balance of power.

In the same way, today, the Newcastle takeover could shift the balance of power in European football. This time, however, it would only serve to consolidate power to the English league – probably at the expense of the Italian, French and German divisions. As Newcastle begin writing cheques on their new, oil dripping, chequebooks, they’ll be signing superstar players from the continent.

Names like Cristiano Ronaldo, Kylian Mbappé and Jadon Sancho have all been tipped to move to Newcastle after the takeover, all of whom play for Italian, French and German clubs respectively. This addition of another English heavyweight to an already disproportionately wealthy Premier League would likely mean even more footballing supremacy is consolidated in England. 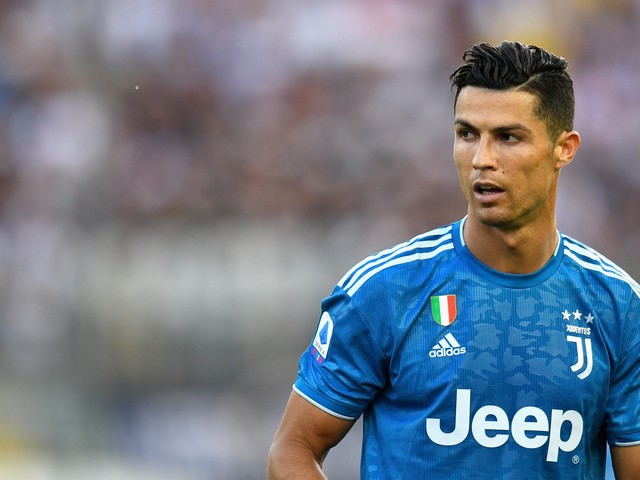 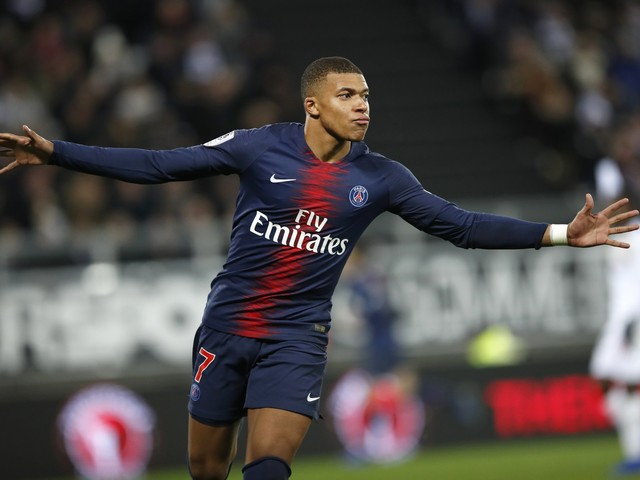 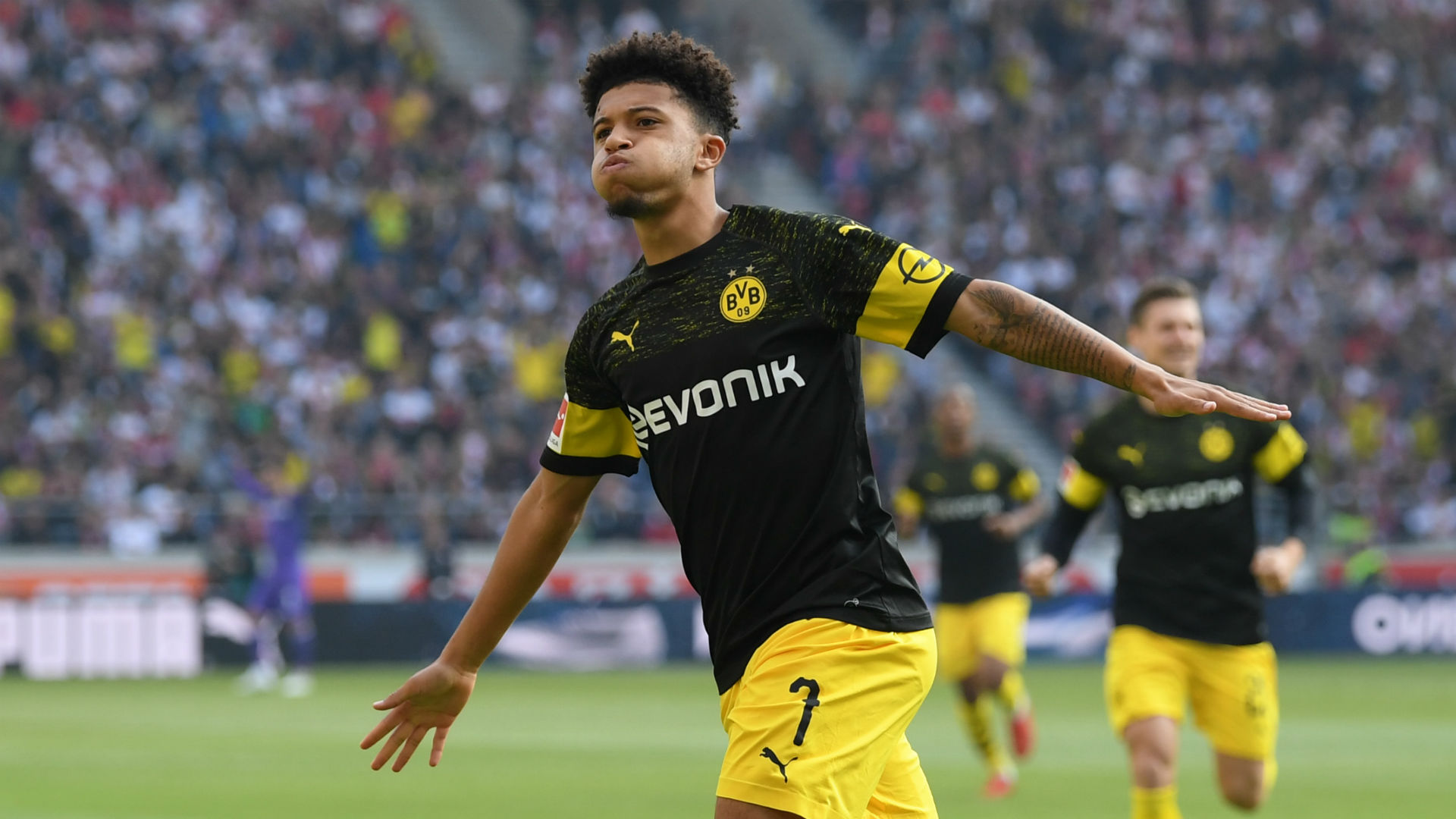 But, ultimately, the issue of who has what player or who will win the Champions League seems rather banal and irrelevant when talking about the seriousness of overtly totalitarian regimes attempting to subtly win the hearts and minds of western, democratic citizens. We wouldn’t allow Kim Jong-un to buy Aston Villa, so why are we letting the Saudi state purchase another age-old, beloved British institution?

Believe it or not, the English Premier League does have a fail-safe mechanism for ‘dodgy’ owners attempting to buy football clubs. Named the ‘Fit-and-Proper-Person Test’, it aims to vet owners to see if their money is legitimate and not tied up in assets that can’t be liquidated (if need be). It also has a morality clause, in which the person attempting to acquire a club must be of good moral standing. I can’t see how the Saudi regime’s money is legitimate nor moral, but the Premier League, not unlike FIFA, would do anything for a ten-pound note. At the end of it all though, football clubs are more than mere commodities to be bought and sold, defunded and sold off to property developers to develop overpriced flats on. It, rightly so in my view, sees itself as a social tool, a community hub, a place for working people to come together on a Saturday to celebrate their hometown.

Football has always rejected Americanisation and the prospect of franchising in favour of maintaining its sense of community and pride of locality. Sportswashing fundamentally undermines that. The Premier League should, but won’t, step in and stop this.

Short-term, this takeover will bring a newfound sense of joy to Newcastle United supporters and a sense of intrigue to the English game, not quite seen since the 2008 takeover of Manchester City. Medium-term, it will bring exciting football and a slight boom in the Newcastle economy as new facilities are built and more overseas money pours in.

Long-term, sportswashing will be the death of football.

The Political Compass, an autopsy